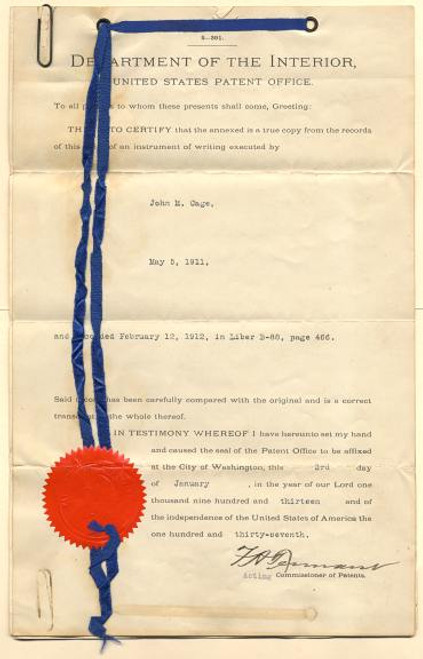 Beautiful transfer of patent from the Department of the Interior, United States Patent Office. This historic document has a seal on the front page and is a transfer of a submarine patent from John Milton Cage to the L. A. Submarine Boat Company. This item has been hand signed by the Company's Commissioner of Patents, and is over 100 years old. 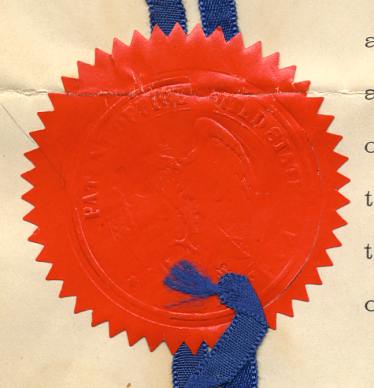 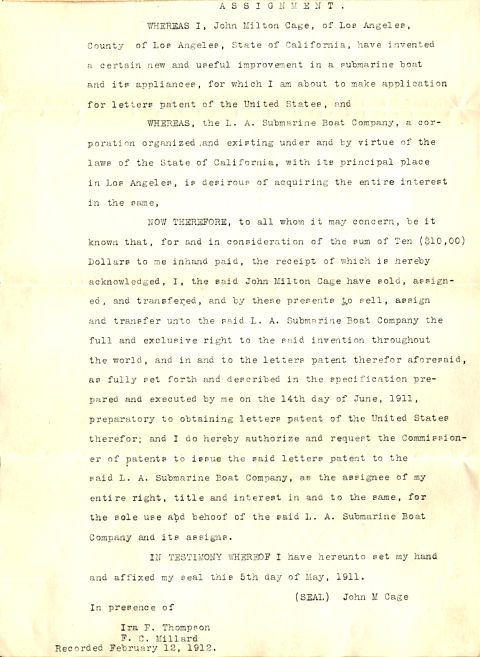 Second Page
Los Angeles Submarine Boat Company of Long Beach, California, bid on building submarines for the U.S. Navy. The construction of the submarines was to have incorporated a propulsion system that would run diesels underwater on air stowed under pressure. The Navy was interested enough in the engine to appoint several boards to examine the company's claims.