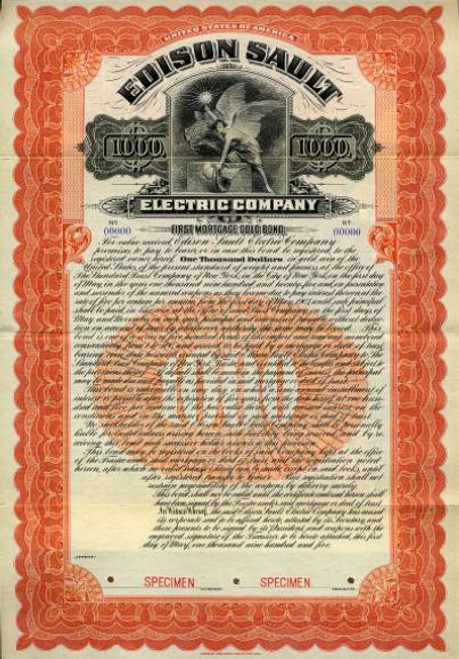 Beautifully engraved certificate from the Edison Sault Electric Company dated 1905. This historic document was printed by American Bank Note Company and has an ornate border around it with a vignette of an angel kneeling holding a light and a train wheel. This item is over 100 years old. 40 coupons attached on top. 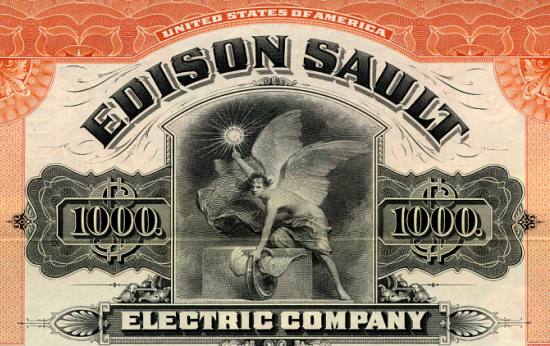