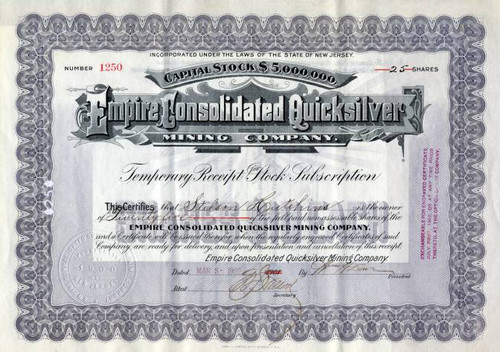 Beautiful certificate from the Empire Consolidated Quicksilver Mining issued in 1902. This historic document was printed by the John A. Lowell & Company and has an ornate border around it with a vignette of the company's name. This item has the orignial signatures of the Company's President, William Henry Dowe and Treasurer, and is over 111 years old. This certificate was issued to and signed on the back by Stilson Hutchins, founder of the Washington Post.