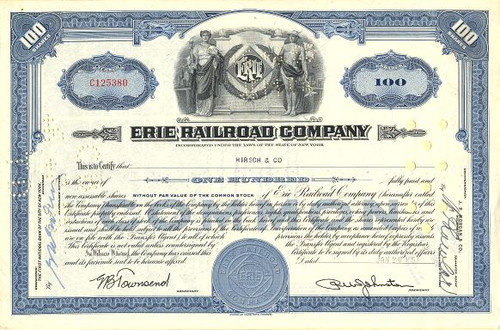 Beautifully engraved certificate from the Erie Railroad Company issued no later than 1957. This historic document was printed by the American Banknote Company and has an ornate border around it with a vignette of an allegorical woman and an allegoric man standing beside a wreath that has the word "Erie" in the middle of it. This item has the printed signatures of the company's president and secretary and is over 53 years old. 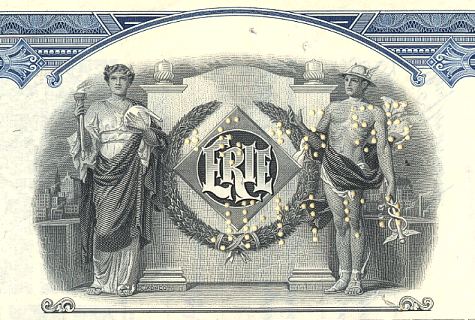 Certificate Vignette
The Erie Railroad (reporting mark ERIE) was a railroad that operated in New York State, New Jersey, Pennsylvania, Ohio, Indiana, and Illinois, connecting New York City with Lake Erie, and extending west to Cleveland, Ohio and Chicago. In 1960 it merged with the Delaware, Lackawanna and Western Railroad to form the Erie Lackawanna Railroad, becoming part of Conrail in 1976.