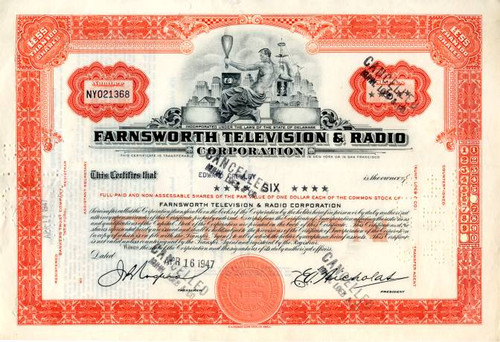 Beautifully engraved RARE stock certificate from the Farnsworth Television & Radio Corporation issued prior to 1947. This historic document was printed by the E.A. Wright Banknote Company and has an ornate border around it with a vignette of a man holding a CRT and a antenna with a early TV and city skyline in the background. Stamped cancelled. 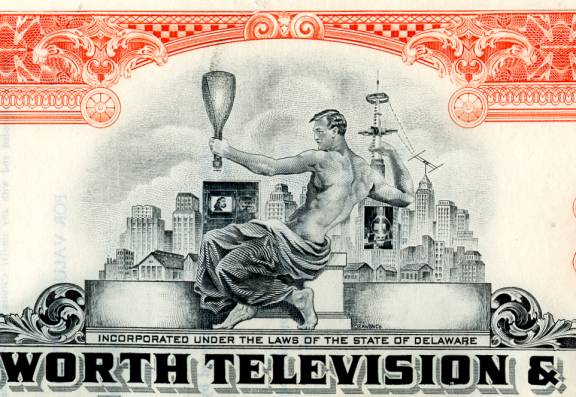