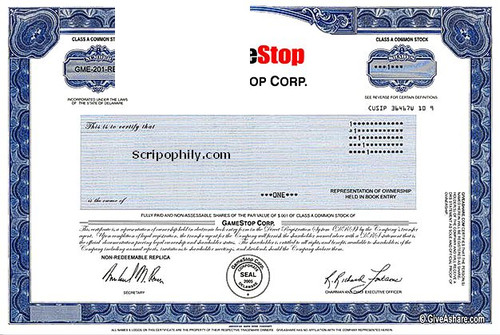 GameStop Corp. is an American video game, consumer electronics, and gaming merchandise retailer. The company is headquartered in Grapevine (a suburb of Dallas), Texas, United States, and is the world's largest video game retailer, operating 5,509 retail stores throughout the United States, Canada, Australia, New Zealand, and Europe as of February 1, 2020.[1][3] The company was first founded in Dallas, Texas in 1984 as Babbage's, and took on its current name in 1999. The company's retail stores primarily operate under the GameStop, EB Games, ThinkGeek, and Micromania-Zing brands. The company declined during the mid-late 2010s due to the shift of video game sales to online storefronts and failed investments by GameStop in smartphone retail. However, in 2021, the company's stock price skyrocketed due to a short squeeze orchestrated by the Internet forum r/wallstreetbets.