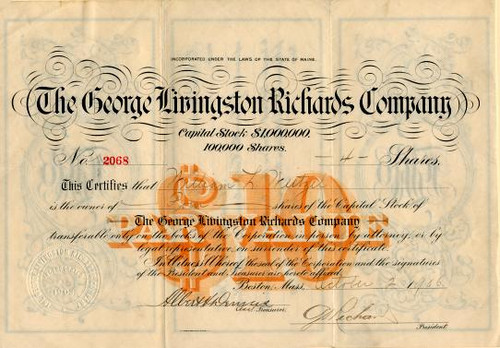 Certificate Vignette
In 1905, the George Livingston Richards Co of Boston, MA had an essay contest of the Definition of Success. Bessie Stanley won $250 in the contest for her definition below: " He has achieved success who has lived well, laughed often and loved much; who has gained the respect of intelligent men and the love of little children; who has filled his niche and accomplished his task; who has left the world better than he found it, whether by an improved poppy, a perfect poem, or a rescued soul; who has never lacked appreciation of earth's beauty or failed to express it; who has always looked for the best in others and given them the best he had; who life was an inspiration; whose memory a benediction."