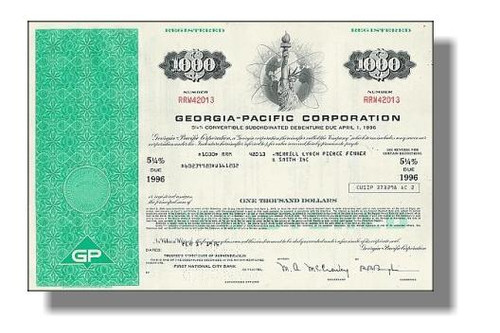 We are offering this historic and beautifully engraved Bond Certificate issued byGeorgia Pacific Corporation in 1974-1976 for $1,000. This cancelled document has an ornate green side block with a vignette of the statue of liberty celebrating the Country's bicentennial. 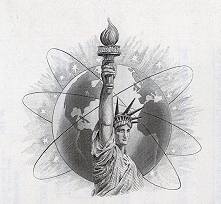