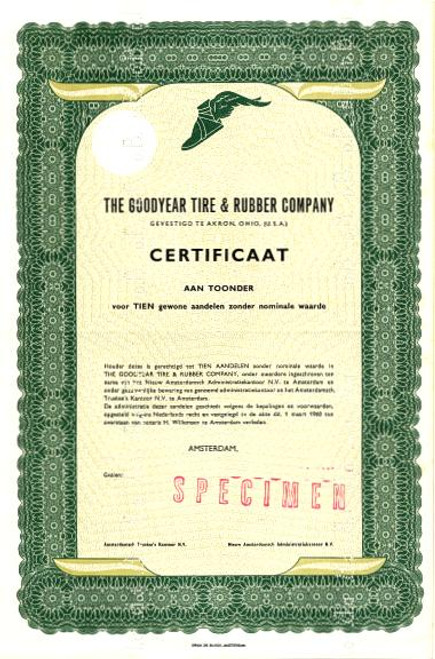 Beautiful engraved specimen certificate from the Goodyear Tire & Rubber Company printed in 1960. This historic document was printed by Druk De Bussy Company and has an ornate border around it with a vignette of the company logo. 53 coupons attached on right side.