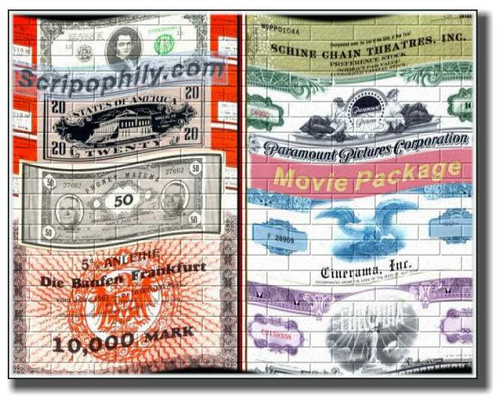 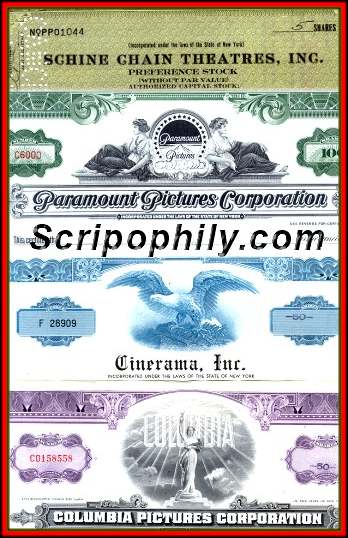 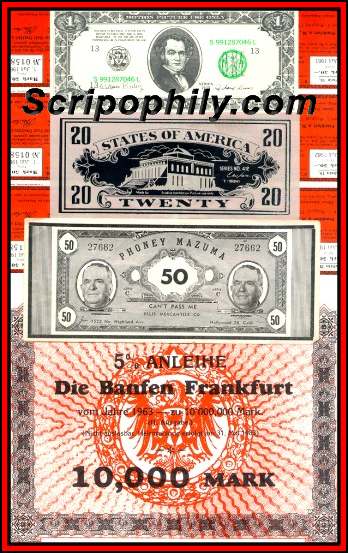 Real Movie Prop Money and Beverly Hills Cop Bond
If you have ever been involved in Movie or TV Production in Los Angeles, it is almost certain you've had dealings with Ellis Props and Graphics Partners, or Ellis Mercantile as most old-timers call it. Ellis Mercantile was established as a pawn shop in 1908. When a customer needing a glass eye for one of the earliest movie productions suggested that he rent the glass eye instead of purchasing it, the rental business was started. Over the years, Ellis props have been used on countless famous movies and well-known TV productions. Ben-Hur, Cleopatra, Spartacus, The Titanic, Get Smart and Wild Wild West to name but a few. 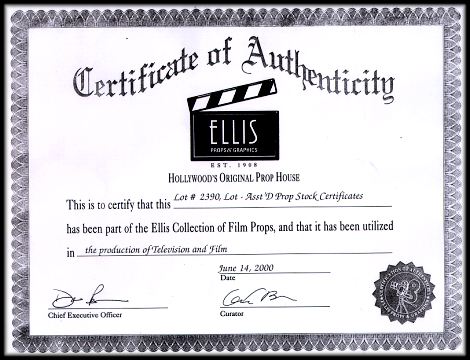 Certificate of Authenticity for Beverly Hills Cop German Bond Ellis, owned by the Tapestry Group, last year closed shop, due to failing profits combined with runaway production concerns. Over five days in early June 2000, nearly a century worth of movie props were auctioned off at the Universal Hilton and via the Internet. Everything from Ellis' 40,000 square feet of props went on the block. Attendees could bid on antiques and collectibles such as an operating Gatling gun from circa 1872, used in Clint Eastwood's The Outlaw Josey Wales, life preservers from The Titanic, the baby carriage from De Palma's The Untouchables, light sabers from Star Wars, the umbrella phone from Get Smart, as well as movie used real prop money which we acquired.