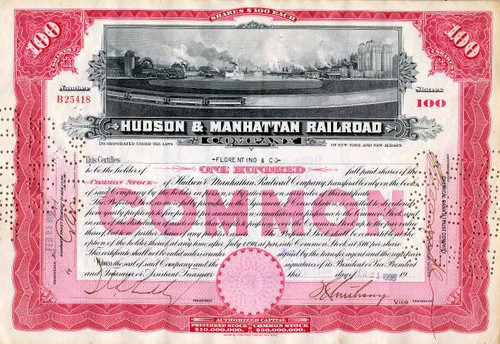 Beautifully engraved and getting difficult to find certificate from the Hudson & Manhattan Railroad Company issued no later than 1935. This historic document was printed by the American Banknote Company and has an ornate border around it with a vignette of a cross sectional view of the Great White Fleet steaming down the Hudson River as a train crosses below. This item is hand signed by the company's vice-president and treasurer and is over 75 years old.