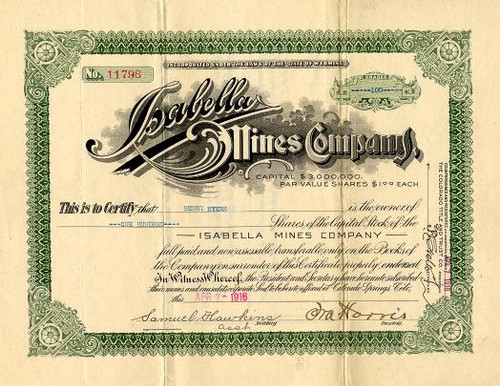 Beautifully engraved certificate from the Isabella Mines Company issued in 1916. This historic document was printed by Rocky Mountain Bank Note Company and has an ornate border around it with the company name on top. This item has the signatures of the Company's President and Asst. Secretary and is over 90 years old.

Certificate Vignette
The company was formed in 1893 as a consolidation of several companies. It was the 400th anniversary of the visit of Christopher Columbus to America, so the company named itself Isabella in honor of the Queen of Spain