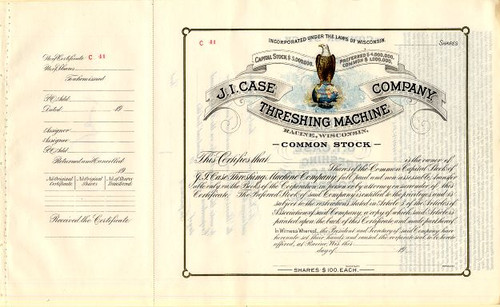 Beautiful RARE Unissued certificate from the J. I. Case Threshing Machine Company printed around 1900. This historic document has an ornate gold border around it with a very rare color vignette of an eagle "Old Abe" sitting on a globe (In 1865 J. I. Case Company adopted the Civil War eagle "Old Abe" as their logo.). This item is over 109 years old. This certificate would look terrific framed. 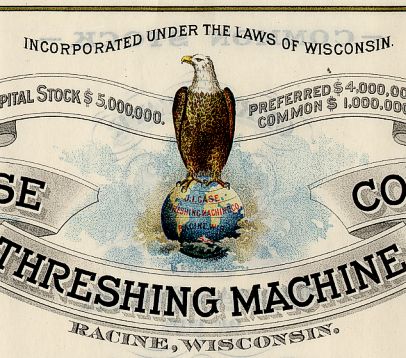