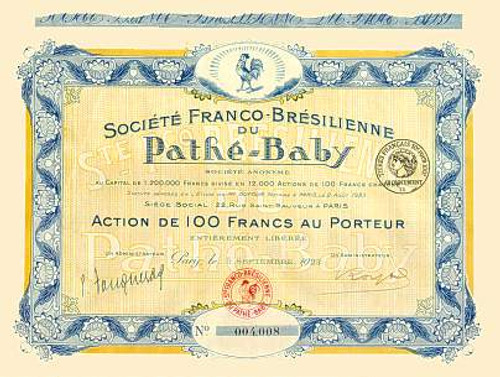 Beautifully engraved Certificate from the famous Pathe Baby Company issued in 1923. This historic document has an ornate border around it with a vignette of the famous Pathe Singing Rooster. This item is hand signed and is over 80 years old. There are several rows of unused coupons attached to the bottom of the certificate. 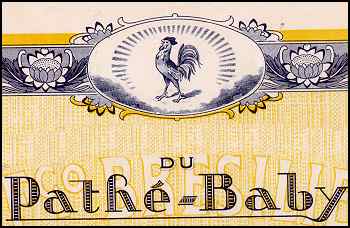