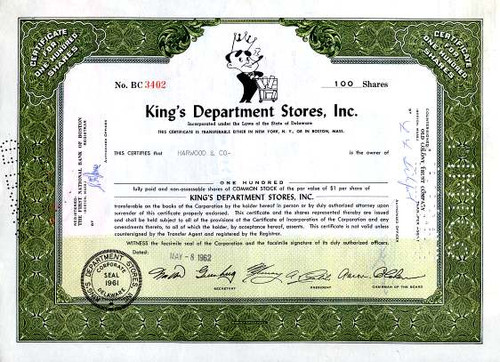 Beautifully engraved certificate from King's Department Stores, Inc. issued in 1962. This historic document was printed by the Broun-Green Company and has an ornate border around it with a vignette of the company logo. This item has the printed signatures of the Company's President, Secretary and Chairman of the Board and is over 42 years old. 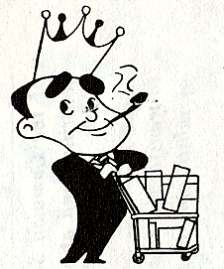 Certificate Vignette
In 1974, the Mammoth Mart Company filled for bankruptcy and it was later acquired by King's Department Stores, Inc. in 1978. King's had financial troubles after the acquisition and closed in 1982. Ames picked King's as one of its many acquisitions in the '80s.