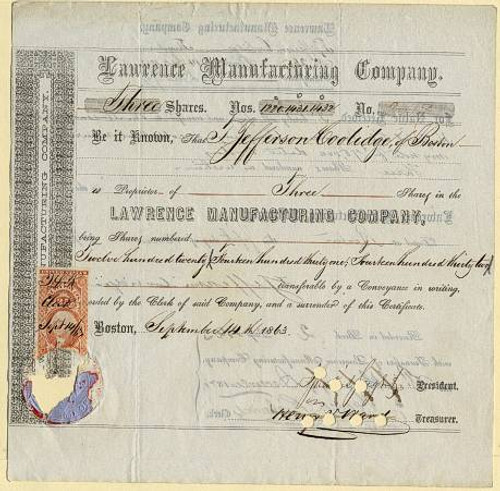 Beautifully engraved certificate from the Lawrence Manufacturing Company. This historic document was printed by the Wrence Manufacturing Company and has an ornate border around it with a postage stamp of George Washington. This item has the signatures of the Company's President, and Treasurer,and is over 147 years old. The certificate was issued to Thomas Jefferson Coolidge and hand signed by him on the back. Wear through the seal. 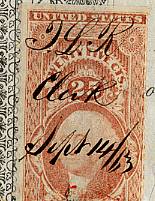