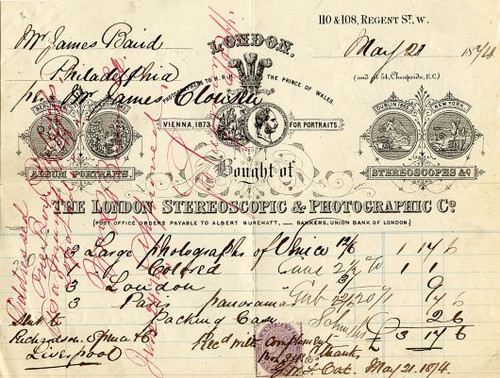 Beautiful billhead from the London Stereoscopic & Photographic Co. issued in 1874. This historic document has a vignette of several portraits from different countries. This item is over 134 years old.