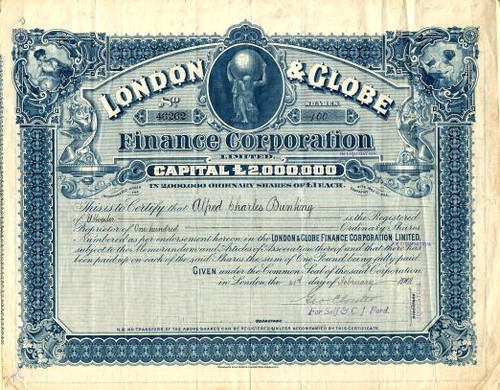 Beautifully engraved certificate from the London & Globe Finance Corporation issued in 1901. This historic document was printed by Waterlow & Sons, Limited and has an ornate border around it with a vignette of a man holding a globe on his back. This item has the signature of the Company's Liquidator and is over 106 years old. 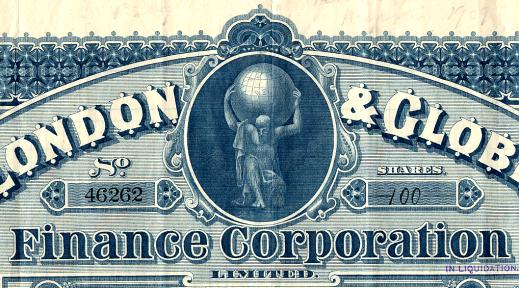 Certificate Vignette
The London and Globe Finance Corporation was a financial holding company whose managing director was J. Whitaker Wright. Whitaker Wright, was arrested for fraud after a number of his associated companies collapsed with substantial debts. In 1901 he was found guilty and sentenced to 7 years imprisonment, however, before being taken down to start his sentence Wright was allowed a private meeting with his advisors. During this unsupervised meeting he obtained a cyanide capsule and used it to escape going to prison.