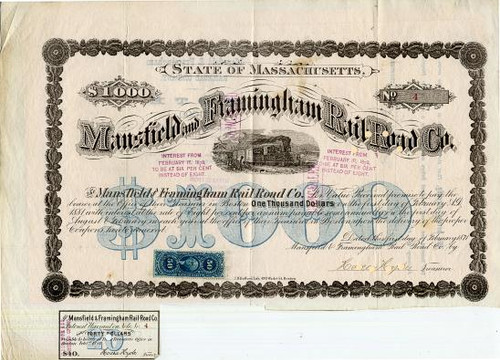 Beautiful certificate from the Mansfield and Framingham Rail Road Co dated in 1871. This historic document was printed by J.H. Bufford Litho Company and has an ornate border around it with a vignette of men watching train (with large funnel stack), station beyond. This item has the signature of the Company's Treasurer and is over 136 years old. Punch cancelled. 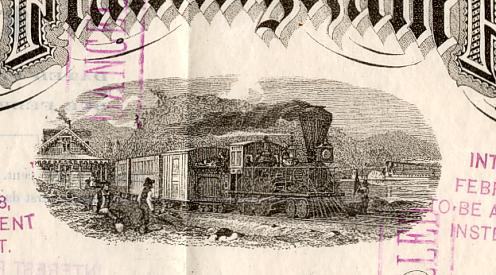