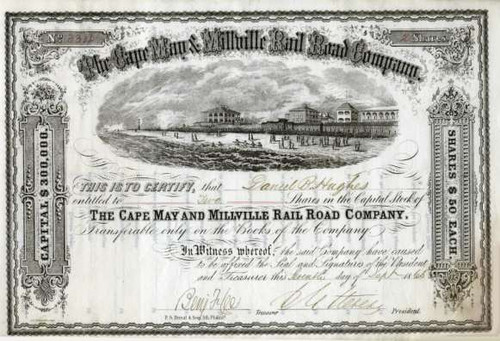 Beautifully engraved certificate from the Cape May & Millville Rail Road Company issued no later than 1871. This historic document has an ornate border around it with a vignette of beachfront town with people on the beach and in the water and a lighthouse in the background. This item is hand signed by the company's president and treasurer and is over 137 years old. This certificate looks much nicer in person than the scan indicates. The certificate's engraver is P. S. Duval & Son, Lith, Philadelphia. Cut-cancelled.