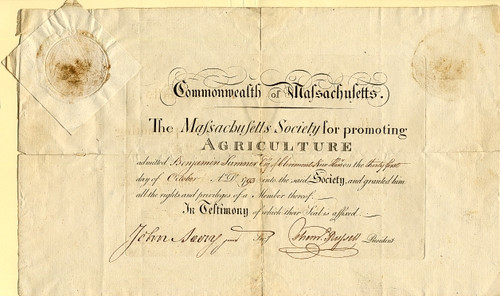 Beautiful certificate from the Commonwealth of Massachusetts dated in 1793. This historic document has a seal of Massachusetts and the signatures of the organization's President, Thomas Russell and Secretary, John Avery, Jr. This certificate is over 215 years old. The certificate was issued to Benjamin Sumner Esq. Some signs of wear but overall Very Fine. 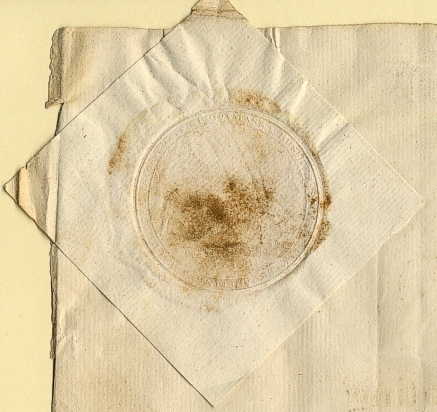