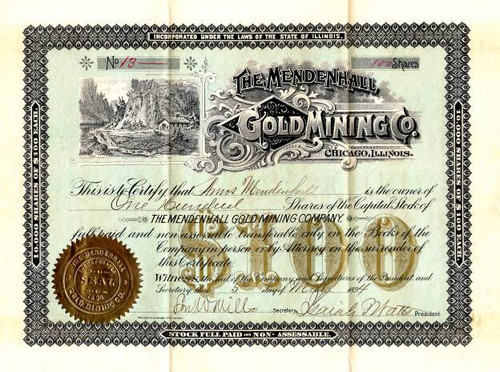 Beautifully engraved certificate from the Mendenhall Gold Mining Co. issued in 1894. This historic document was printed by the William B. Burford Lith. and has an ornate border around it with a vignette of a old home in the mountains beside a river. This item has been handsigned by the Company's President, Isaiah P. Watts and Secretary, Lon W. Mills and is over 117 years old. 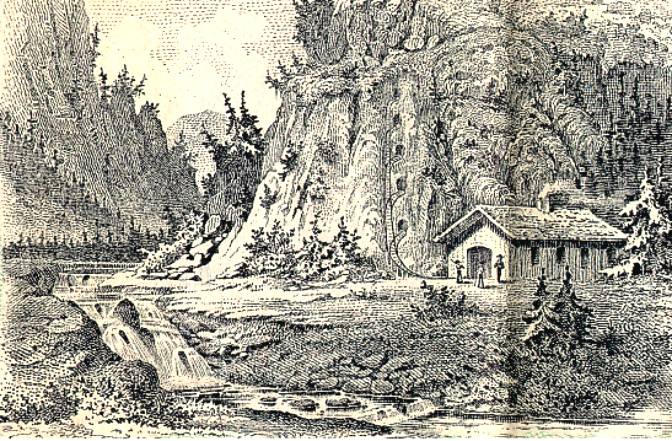