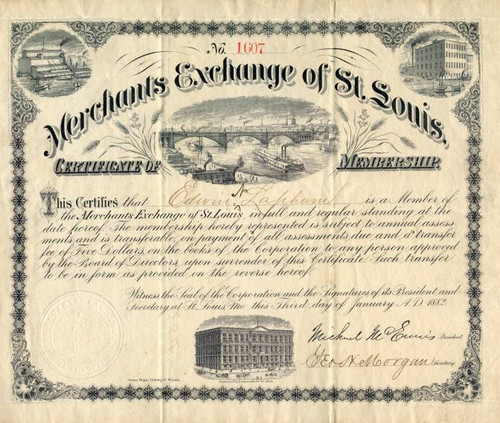 Beautifully engraved certificate from the Merchants Exchange of St. Louis issued prior to 1899. This historic document was printed by the James Hogan Printing Company of St. Louis and has an ornate border around it with a vignette of the Eads Bridge with the city's skyline in the background, various riverboats, and the Merchants Exchange Bank of St. Louis. This item is hand signed by the Company's President and Secretary and is over 113 years old.