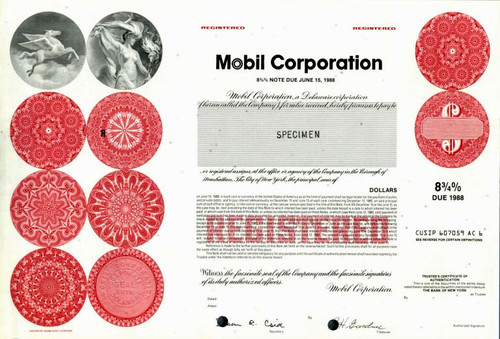 Beautifully engraved SCARCE Specimen certificate from the Mobil Corporation printed in 1982. This historic document was printed by the American Banknote Company and has images around it with a vignette of an allegorical woman holding a torch and a flying unicorn . This item has the printed signatures of the Company's President and Treasurer. 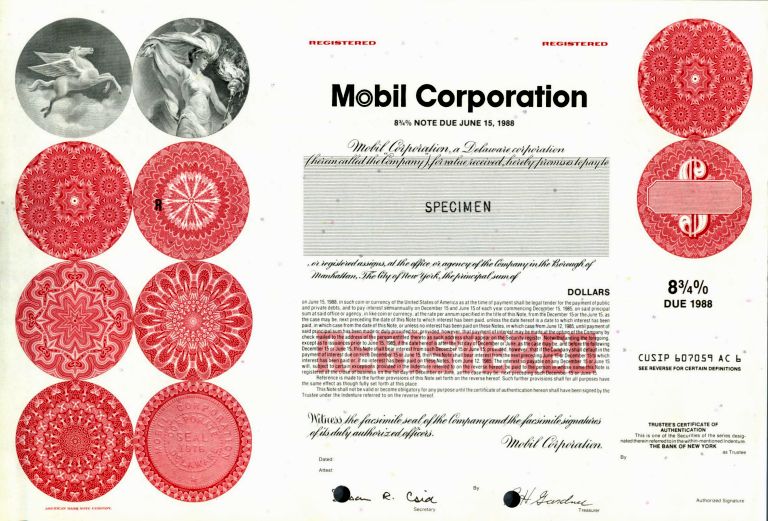