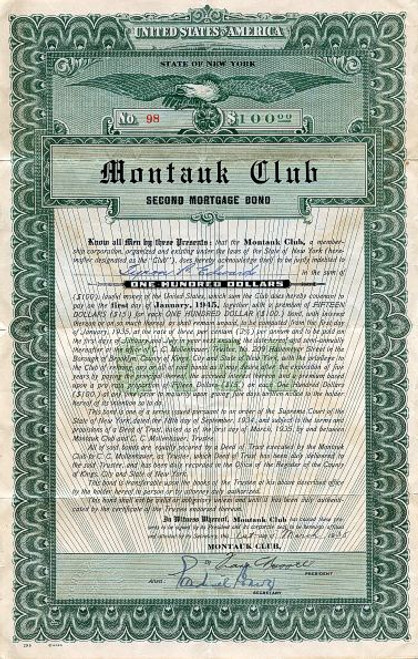 Beautiful certificate from the Montauk Club issued in 1935. This historic document was printed by the Goes Company and has an ornate border around it with a vignette of an eagle. This item has the signatures of the Company's President, Frank Russell and its Secretary and is over 74 years old. Signed on back by Trustee, C. C. Mollenhauer. This is the first time we have had this certificate for sale and we only have one.