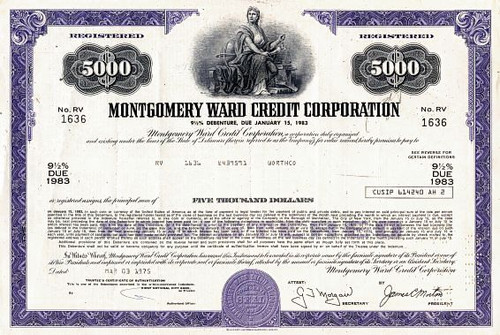 Beautiful certificate from the Montgomery Ward Credit Corporation issued no later than 1977. This historic document was printed by Security-Columbian Banknote Company and has an ornate border around it with a vignette of an allegorical woman. This item has the printed signatures of the Company's President and Secretary and is over 30 years old. 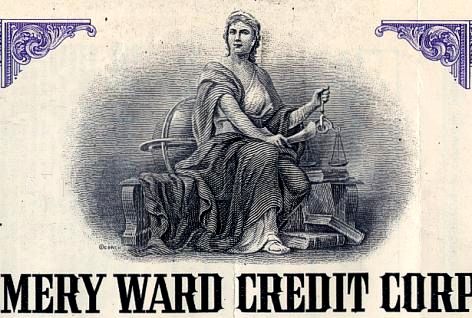 Certificate Vignette
Montgomery Ward was an American department store, founded as the world's first mail order business in 1872 by Aaron Montgomery Ward, and shut down due to bankruptcy in 2000. Montgomery Ward Credit Corporation became a wholly-owned subsidiary of General Electric Capital Corporation.