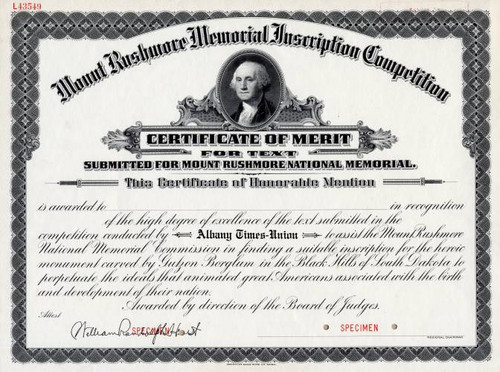 Beautiful RARE specimen certificate for Contest by the Albany Times Union, New York from the Mount Rushore Memorial Inscription Competition. This historic document was printed by the American Bank Note Company and has an ornate border around it with a vignette George Washington. Certificate has William Randolf Hearst's printed signature.