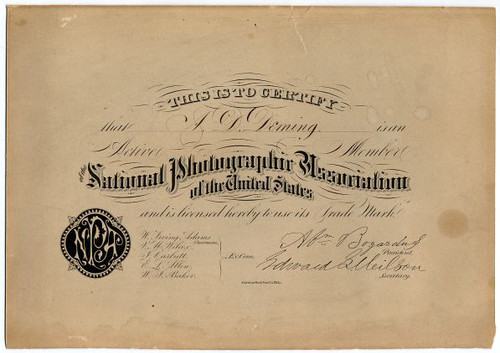 Beautifully engraved membership certificate from the National Photographic Association issued around 1874 for A.D. Deming. This historic document was printed by the American Banknote Company and has a vignette of the association's logo. This item has the signatures of the Association's President, Abraham Bogardus and Secretary, Edward L. Wilson.