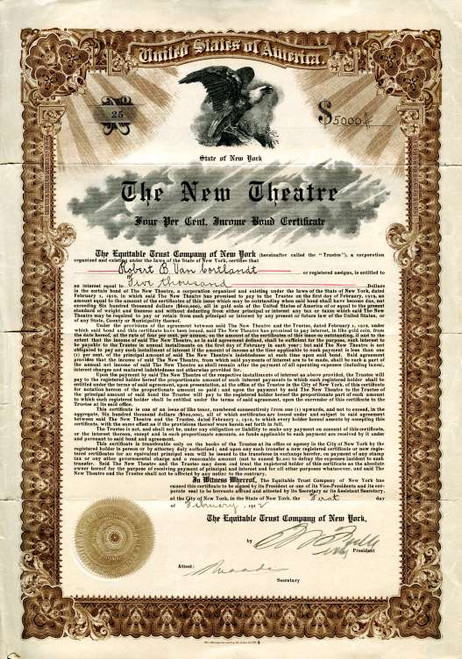 Beautiful certificate from the New Theatre issued in 1912. This historic document was printed by the Broun-Grover Company and has an ornate border around it with a vignette of an eagle. This item has the original signatures of the Company's President, and Secretary, and is over 101 years old. 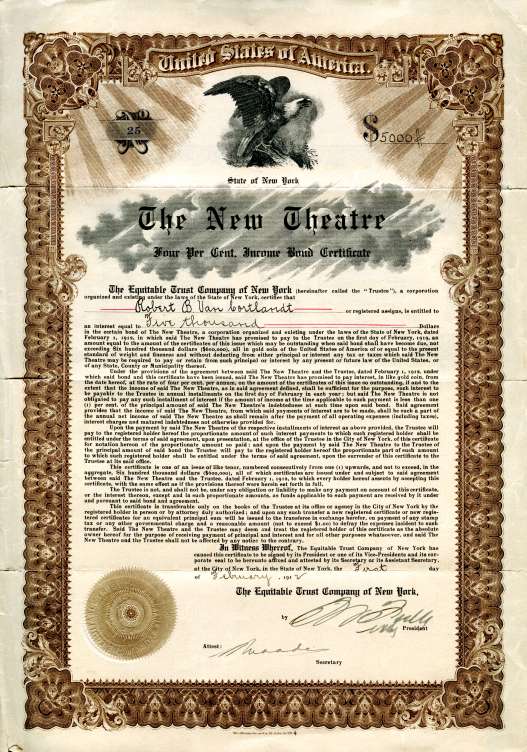