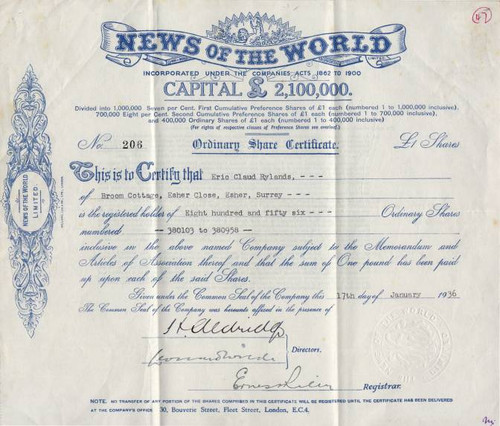 Beautiful uncancelled certificate from the News of the World Limited issued in 1936. This historic document has an ornate vignette of the company's name on top center. This item has the original signatures of the Company's Directors, and Registrar, and is over 76 years old.