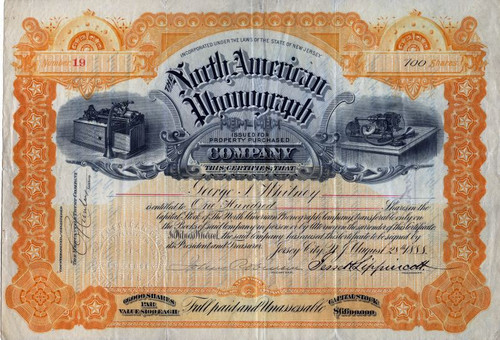 Beautifully engraved RARE classic certificate #14 from the North American Phonograph Company issued on August 28, 1888. This historic document has an ornate border around it with a vignette of early phonograph machines. This item is hand signed by the Company's President ( Jessie Lippincott ) and Treasurer, John Robinson and is over 121 years old. Some wear on folds. Lowest serial number from this company we have seen. 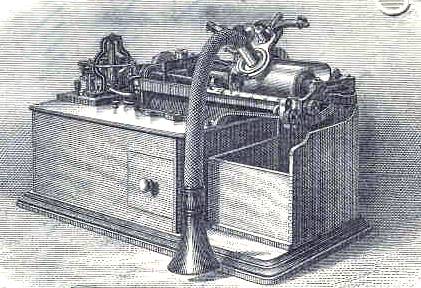 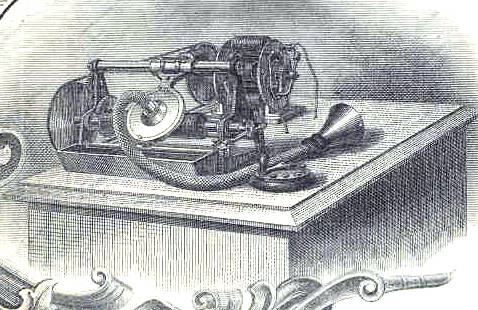