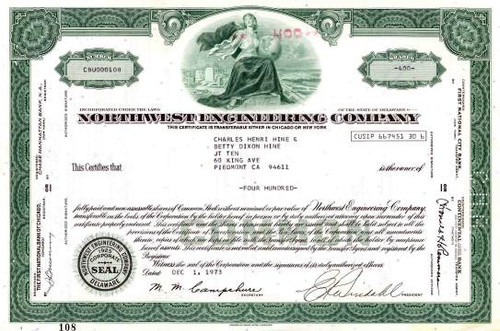 Beautifully engraved certificate from the Northwest Engineering Company issued in 1973. This historic document was printed by the American Banknote Company and has an ornate border around it with a vignette of an allegorical woman holding a globe. This item has the printed signatures of the Company's President and Secretary and is over 29 years old. 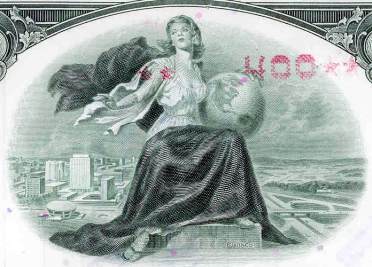 Certificate Vignette
Terex is a global provider of capital goods and equipment used in the manufacturing, mining, construction and infrastructure industries. The Company's operations began in 1983 with the purchase of Northwest Engineering Company, the Company's original business and name. Since 1983, management has expanded and changed the Company's business through a series of acquisitions and dispositions. In 1988, Northwest Engineering Company merged into a subsidiary acquired in 1986 named Terex Corporation, with Terex Corporation as the surviving corporation.