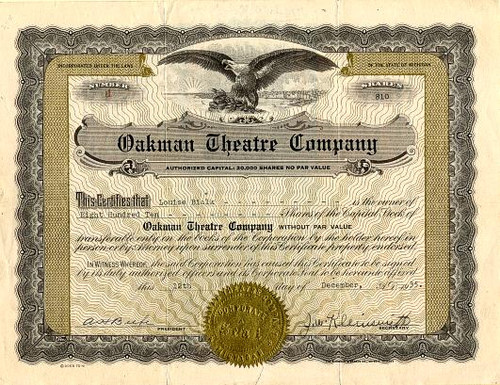 Beautiful certificate from the Oakman Theatre Company issued in 1935. This historic document was printed by Goes Banknote Company and has an ornate border around it with a vignette of an eagle. This item has the signatures of the Company's President, A. H. Beebe and is over 72 years old. 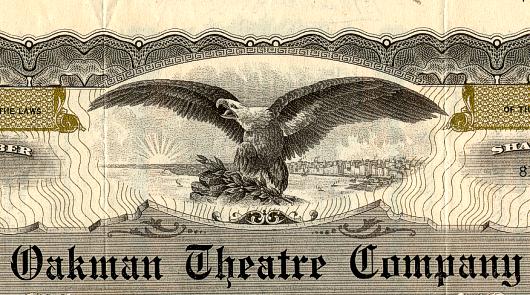 Certificate Vignette
The Oakman opened in 1919, designed by C. Howard Crane and seating over 1200. It was located on Woodrow Wilson Street near Leslie Street. The theater closed in 1937, but reopened for a short time in the 50s again before closing permanently as a movie house. The building was most recently used as a church. Oakman Theatre was located at 12828-40 Woodrow Wilson Street, Detroit, MI