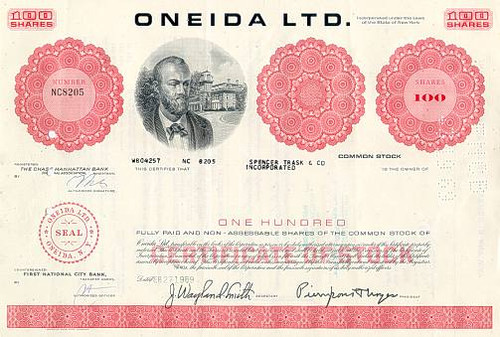 Beautifully engraved Certificate from the famous Onieda, Ltd issued in 1969. This historic document was printed by the American Banknote Company and has an ornate block border with a vignette of John Humphrey Noyes, the founder of the Oneida Community, and the Mansion House in Kenwood, where the members of the Community lived. This certificate has the printed signature of Pierrepont (Pete) Noyes is over 34 years old.