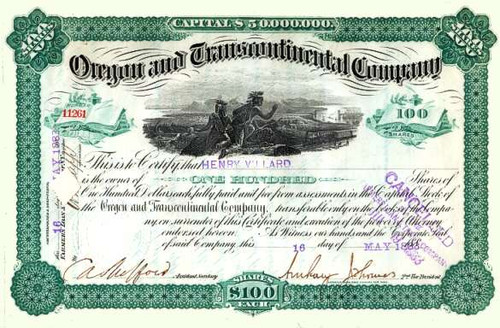 Beautifully engraved certificate from the Oregon and Trancontinental Company issued in 1882. This historic document was printed by the American Banknote Company and has an ornate border around it with a vignette of indians looking at a train. This item is hand signed by the Company's Vice President and Assistant Secretary and is over 136 years old.

Certificate Vignette
The Oregon and Transcontinential Company was a holding company organized by Henry Villard. They controllled the Northern Pacific and Oregon Railway and Navigation Company which was a dominant force among railroads in the Northwest. 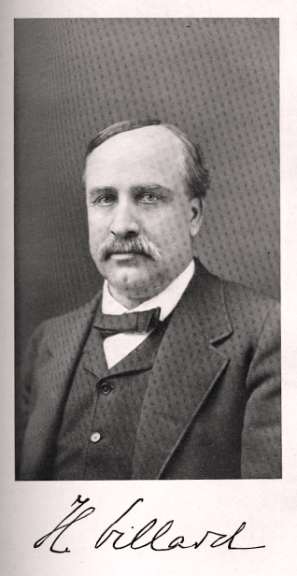