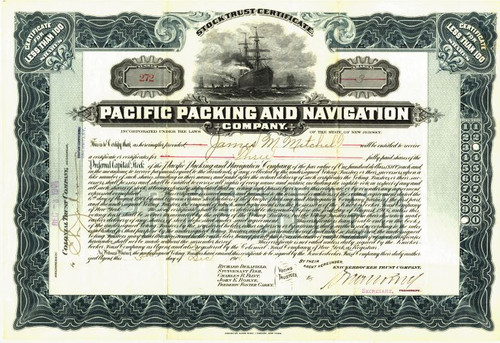 Beautifully engraved Certificate from the Pacific Packing and Navigation Company issued no later than 1901. This historic document was printed by the American Banknote Company and has an ornate border around it with a vignette of an old sailing vessel leaving port. This item is hand signed by a company officer and is over 119 years old. The voting Trustees listed on the certificate include Richard Delafield, Stuyveant Fish, Charles R. Flint, John E. Borne, and Frederic Foster Carey.