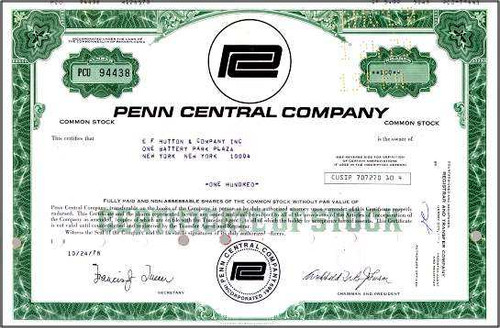 Beautifully engraved certificate from the Penn Central Company issued no later than 1978. This historic document was printed by the Security-Columbian Banknote Company and has an ornate border around it with a vignette of the company's logo. This item has the printed signatures of the company's chairman/president and secretary and is over 25 years old. 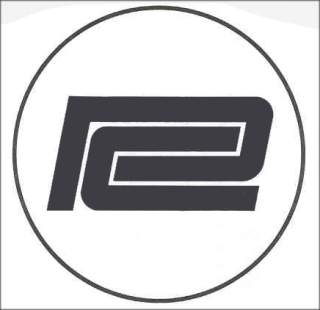 Certificate Vignette
Penn Central Company former U.S. transportation company, formed in 1968 by the merger of the New York Central RR and the Pennsylvania RR. By the early 1970s the railroad was bankrupt; in 1976 the U.S. government created Conrail from the Penn Central and five other failed eastern railroads. The Penn Central Railroads were taken over by the Federal Government to create Conrail in 1976, but the Penn Central Corporation continued to exist as a real estate holding company. The name Penn Central Corporation was changed to American Premier Underwriters, Inc. on March 25, 1994 and merged into American Premier Group, Inc. on April 3, 1995. The name was changed once again to American Finance Group, Inc. on June 9, 1995. It is now a property damage insurance company operating out of Cincinnati, Ohio and trades on the New York Stock Exchange under the symbol AFG and is worth about $42.00 a share as of mid-January 1999.