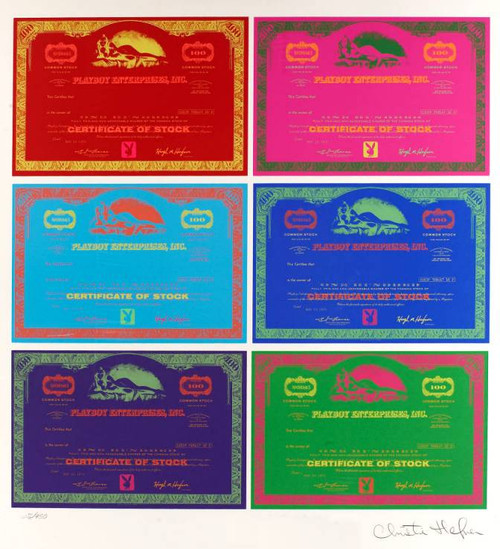 Playboy Enterprises, Inc. Certificate of Stock Serigraph Hand Signed by Christie Hefner #72/450. 33" x 31". This historic Serigraph was modeled after the Playboy Stock Certificate issued in the 1970's that had a vignette of Miss February 1971, Willy Rey and the Playboy bunny logo. 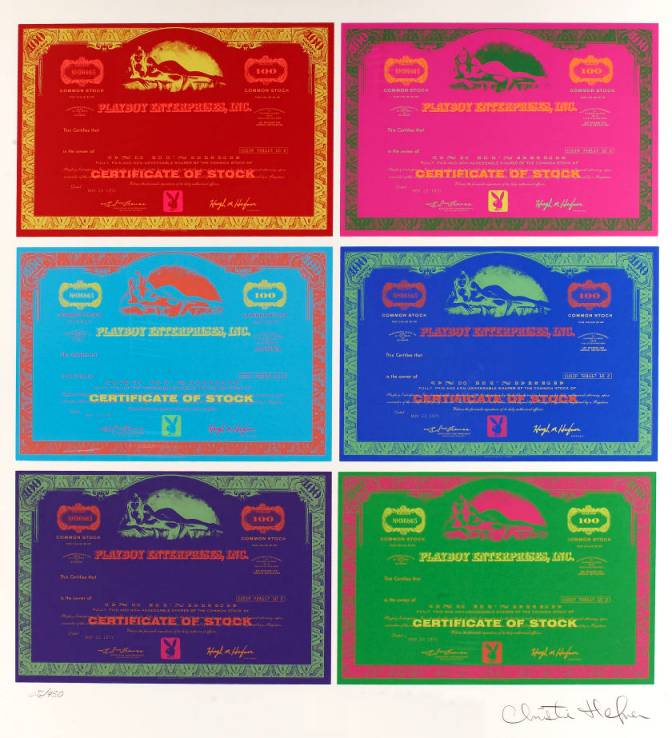 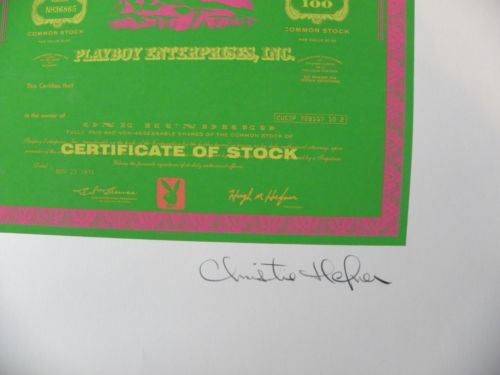 Christie Hefner Signature
Willy Rey (born Wilhelmina Rietveld on 25 August 1949 in Rotterdam, the Netherlands, died 13 August 1973 in Vancouver, British Columbia) was a Dutch-Canadian model. She was Playboy magazine's Playmate of the Month for its February 1971 issue. Her centerfold was photographed by Mario Casilli. When she was 6 years old, her family moved from the Netherlands to Canada. Willy Rey's nude likeness adorned the stock certificate of Playboy Enterprises at the time of its Initial Public Offering on 3 November 1971. History from Encyberpedia and OldCompany.com (old stock certificate research service)