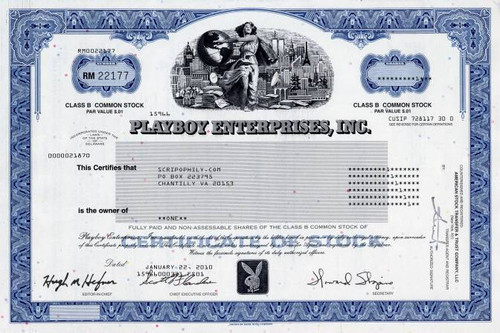 Beautifully engraved certificate from the Playboy Enterprises, Inc. . This historic document was printed by the American Banknote Company and has an ornate border around it with a vignette of an allegorical woman holding a globe infront of major buildings and landmarks from around the world including the World Trade Center of New York. It also has a vignette of the Playboy Bunny on the bottom certer. This item has the printed signatures of the Company's Editor-In-Chief, Hugh Hefner and Chairman of the Board and Cheif Executive Officer. 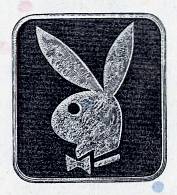