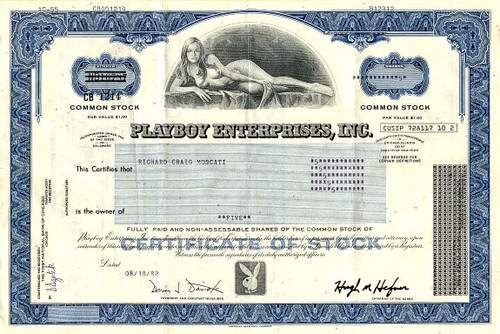 Beautiful certificate from the Playboy Enterprises, Inc. issued in 1982. This historic document was printed by the American Banknote Company and has an ornate border around it with a vignette of the nude Miss February 1971, Willy Rey and the Playboy bunny logo. This item has the printed signatures of the Company's Chairman ( Hugh Hefner ) and Secretary and President and is over 26 years old. The issued blue certificates have become extremely popular and very hard to find. 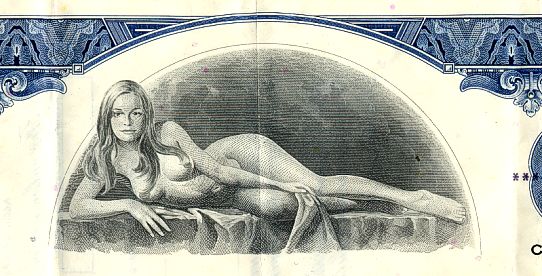 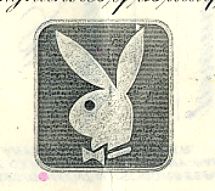