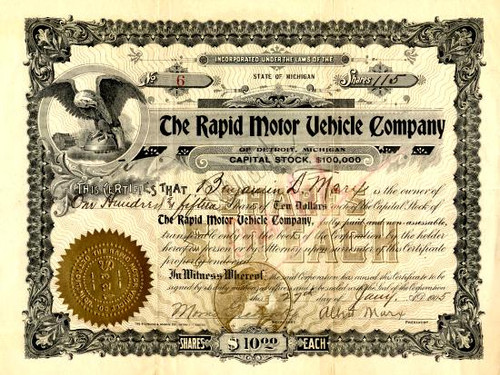 Beautifully printed RARE certificate #6 from the Rapid Motor Vehicle Company issued in 1905. This historic document was printed by the Richmond & Backus Company, Detroit and has an ornate border around it with a vignette of an eagle. This item has the signatures of the Company's President ( Albert Marx ) and Secretary ( Morris Grabowsky ). The certificate has been folded with minor split on the very edge of the fold. There are only only 3 known certificates from this very important early automoble company. The certificate was issued to Benjamin D. Marx.