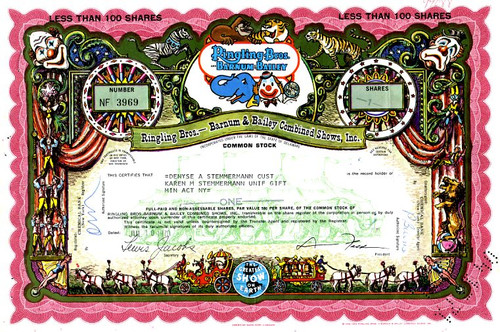 Beautifully engraved issued certificate from Ringling Brothers - Barnum & Bailey Combined Shows, Incorporated issued no later than 1971. This historic document was printed by the American Banknote Company and has an ornate border around it with a vignette of the company logo surrounded by an elephant, clown, tiger and gorilla. This item has the printed signatures of the Company's President and Secretary and is over 52 years old. 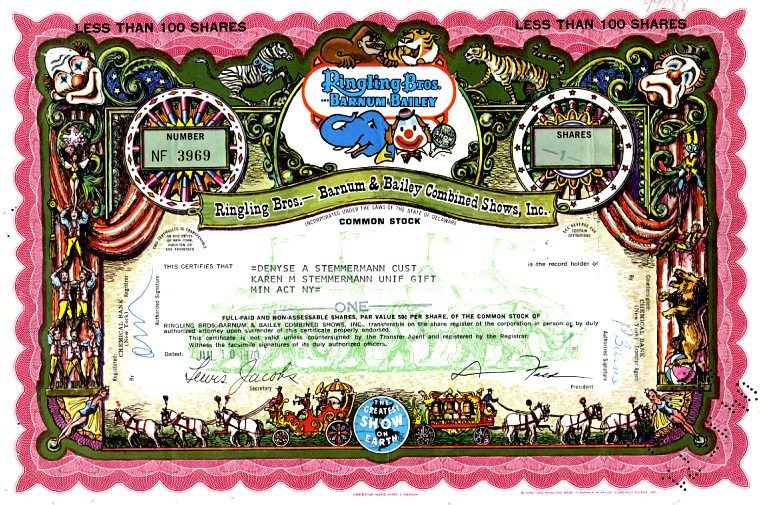 Board of Undertakers and Embalmers - New Jersey 1916