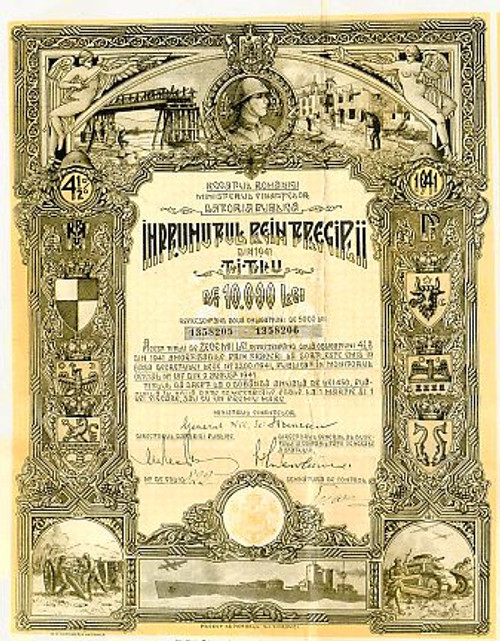 Nice looking Bond certificate from the Romanian Government , issued for 2,500 - 10,000 Lei for 30 years. The Romanians were aligned with Hitler's Germany during WW II and ended up under Russian control after the war. This document has a Beautiful vignettes of bare breasted angels, a soldier, war scenes including a destroyed city, warship, tank, and much more. This is a very nice collector item. The Certificate has an ornate border is dated 1941 and has the printed signatures of various government officials. The item is over 57 years old. This item has 50 unused coupons attached to it along with an amortization table. The item does not have any cancellation markings on it. The scanned image does this beautiful item a dis-service, but its the best image I have.