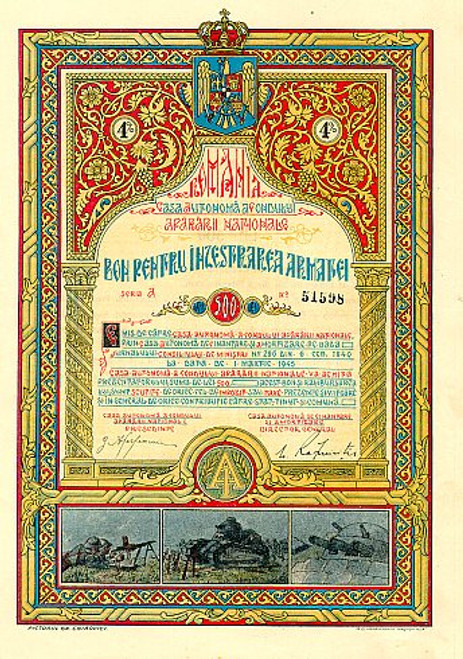 Beautifully engraved Historic Stock Certificate in excellent condition from the Romanian Army War Bond for 100 - 500 Lei. The certificate was dated in 1940 which makes this item 58 years old. This BON PENTRU ÃNZESTRAREA ARMATEI bond was for the army and is very decorative, with an architectural and floral border, arms, three vignettes of canons, tanks, soldiers. Romania was formed from the unification of Moldavia and Wallachia, 1866. Transylvania, Bessarabia and Bucovina united with Romania in 1918. Support was given to Germany in World War II and the country was occupied by Soviet forces in 1944. The monarchy was abolished and People's Republic was declared in 1947. This Historic WWII item will make a nice addition to your collection or a great gift for someone special.