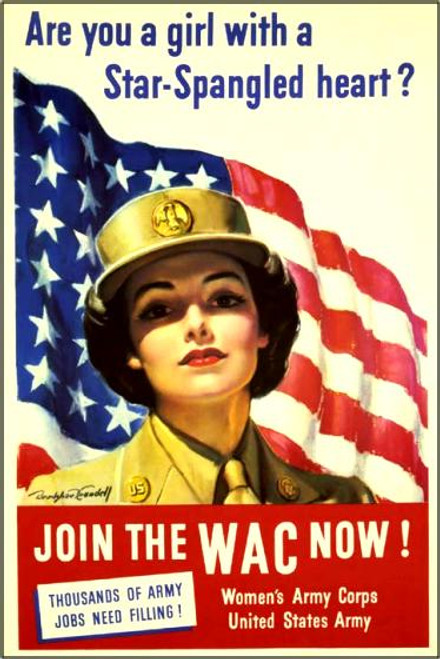 This is a full set of the 25 Women's Army Corps postcards printed during WWII shown on our website by Clicking Here. These postcards are over 72 years old. Over 150,000 American women served in the Women's Army Corps (WAC) during World War 11. Members of the WAC were the first women other than nurses to serve within the ranks of the United States Army. Both the Army and the American public initially had difficulty accepting the concept of women in uniform. However, political and military leaders, faced with fighting a two-front war and supplying men and materiel for that war while continuing to send lend-lease material to the Allies, realized that women could supply the additional resources so desperately needed in the military and industrial sectors. Given the opportunity to make a major contribution to the national war effort, women seized it. By the end of the war their contributions would be widely heralded.

WAC Postcard "this is the only 'cutting up' I've done"