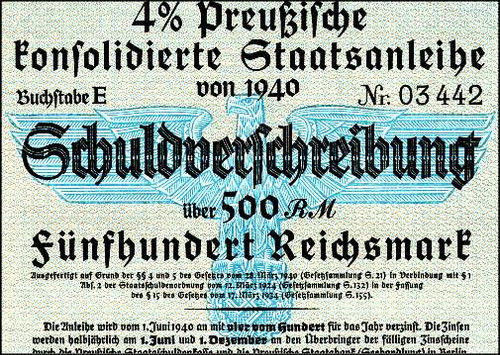 Engraved colorful certificate from the Treasury of Germany issued in May 1940 during the Third Reich regime. This historic document was printed by the Reichsdruckerei in Berlin, Germany has an ornate border around it with an underprint vignette of the German Eagle with a Swastika. There is also an elaborate watermark pattern within the paper to protect against counterfeiting. This item has the printed signatures of 9 Nazi government officials at the bottom of the bond. 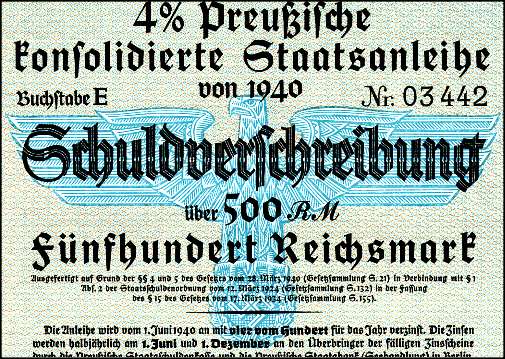 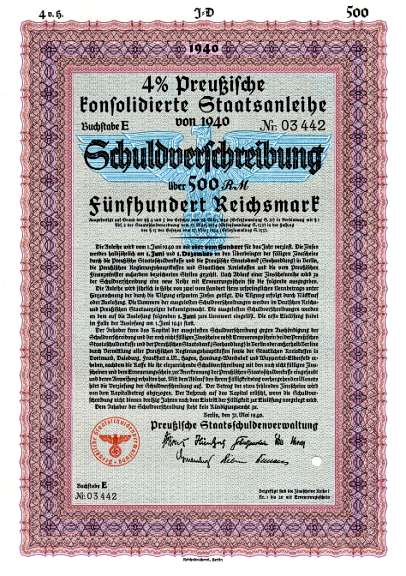 Certificate
This is an authentic bond from Nazi Germany which was issued for 500 Reichmarks at 4% Interest to fund the German War Machine which resulted in WWII. The bond was issued in May 1940 at the time France was falling into the hands of the invading German Army. Fortunately there was no one around to repay the investors when the bond became due. This historic certificate is over 69 years old.