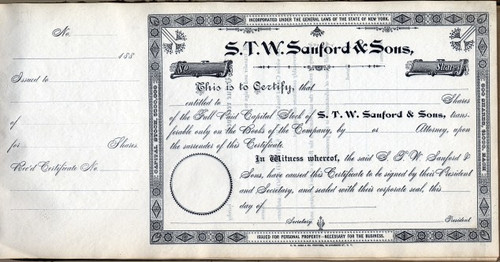 Beautiful unissued certificate from the S. T. W. Sanford & Sons printed in the 1880's. This historic document was printed by the C. W. Ames & Company and has an ornate border around and is over 128 years old. 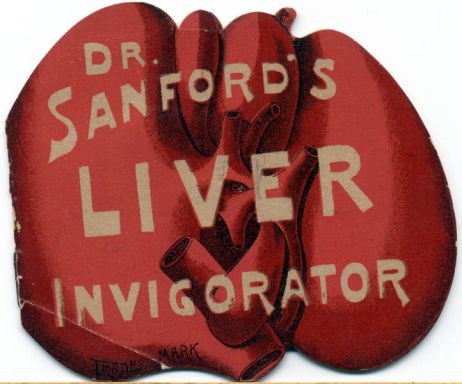