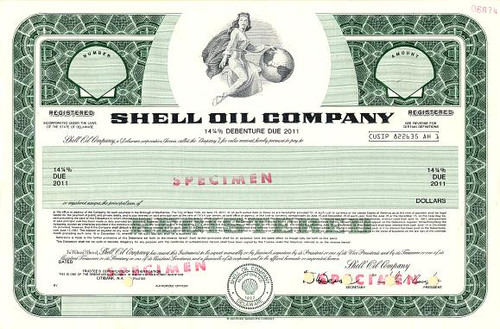 Beautifully engraved specimen 14 1/4% certificate from Shell Oil Company dated 1981. This historic document was printed by Jeffries Bank Note Company and has an ornate border around it with a vignette of a woman sitting next to a globe. It also has the section for the dollar amount and serial number in the shape of a shell. This item has the printed signatures of the Company's President and Secretary and is over 25 years old. 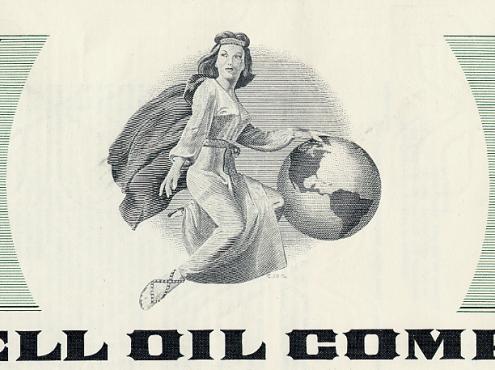