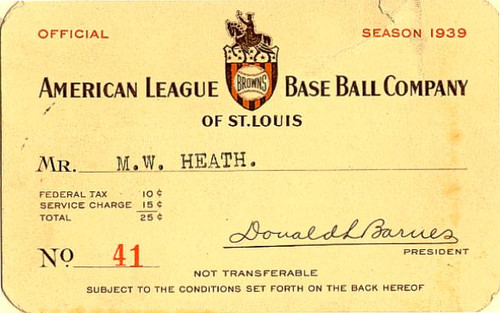 Historic Baseball pass from the American League Base Ball Company of St. Louis issued in 1939. This item has the printed signature of the Company's President, Donald Barnes and is over 68 years old. The pass was issed to M. W. Heath. 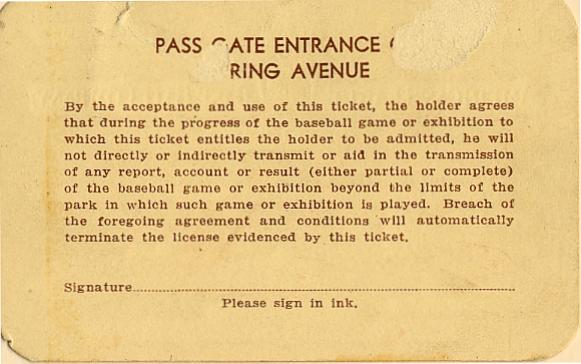