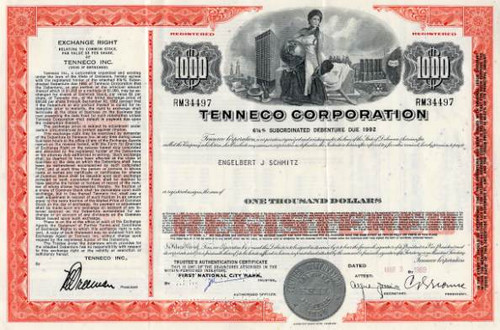 Beautifully engraved certificate from the Tenneco Corporation issued no later than 1977. This historic document was printed by the American Banknote Company and has an ornate border around it with a vignette of an allegorical woman sitting among medical tools and holding a globe. This item has the printed signatures of the Company's President and Secretary and is at least 26 years old. 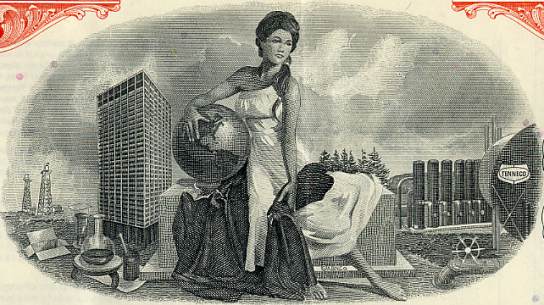 Certificate Vignette
Tenneco was a corporation organized under the laws of Delaware, headquartered in Houston, Texas. Tenneco was comprised of five internal divisions as well as numerous wholly owned subsidiaries that conducted a variety of businesses ranging from natural gas pipelines and oil and gas exploration to shipbuilding, automotive parts, and insurance. Several of the subsidiaries conducted business in Massachusetts. In 1987, Tenneco Inc. changed its name to Tennessee Gas Pipeline Company.